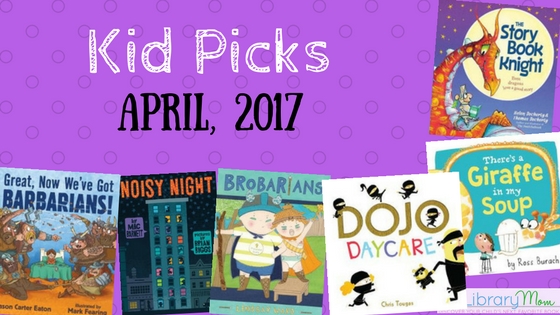 While I try my best to predict which books children will enjoy, there is no better judge than an actual child. For that reason, I thought it would be fun to include some of my son’s favorite books that we read each month together. Here is the list of books my four year-old couldn’t get enough of during the month of April. 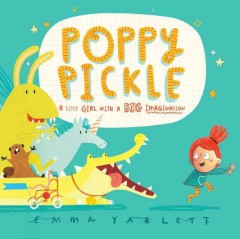 Poppy Pickle lives in an ordinary house with an ordinary family, but she and her wild imagination are quite extraordinary. When the strange beings that Poppy imagines magically come to life, disaster strikes. Poppy is faced with the problem of “unimagining” and quickly develops a hasty plan to get rid of her imaginary friends. There are several speech bubbles from Poppy’s creatures, but I chose to ignore them mainly because we read this story at bedtime and it would take too long. The humor of the speech bubbles is actually quite funny, but aimed more toward adults. My son loved the colorful illustrations that mirrored Poppy’s vivid imagination and he thought the creatures she conjures up to be quite comical. I mean, a wooly mammoth with a monocle and a ghostoctopus? Who could resist this story? Not my four-year-old. We read it at least twelve times. 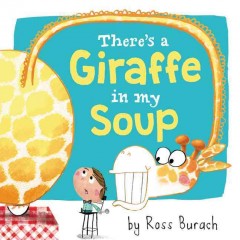 When a little boy visits a fancy restaurant, he complains of a giraffe in his soup. The snooty waiter is terribly embarrassed and hurriedly whisks away the safari animal. Unfortunately, each new bowl of soup he serves has a zoo animal stuck inside of it. The illustrations are hilarious and full of action and there are plenty of puns that will even make adults smile. I had a blast reading the part of the exasperated waiter and my son thought each animal was funnier than the next. We both really enjoyed this silly book. 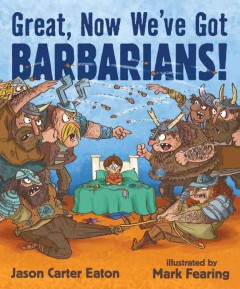 A little boy refuses to clean his room and gets an infestation of barbarians. Humorous and fun with a positive message of cleaning up after yourself. There is also a cute twist at the end that makes you smile. My favorite part of this book, however, was hearing my son say the title in this deadpan voice. Fun for the whole family. 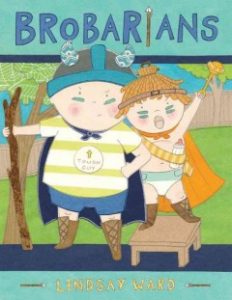 Barbarians are apparently taking over children’s literature. In this case, two brothers who were once at peace with each other go to war over a broken cookie jar. The energetic brothers each wear household items to complete their imaginative image of “brobarians”. This book is a hilarious look at sibling rivalry. The over-the-top narration made this book so much fun to read out loud, which worked out well for me since my son asked me to read it to him night after night. 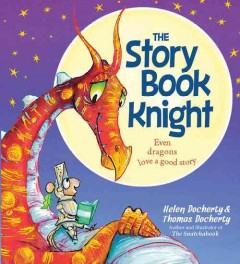 The Story Book Knight by Helen Docherty and Thomas Docherty, 2016

Leo was a gentle knight who simply wants to read. When his parents force him to tame a dragon, he sets off on a quest where he encounters a griffin, a troll, and ultimately the fearsome dragon. Each time, he shares a book with the menacing beast making a new friend in the process. Some children will not know what a griffin is or get the joke about the reference to The Three Billy Goats Gruff (my son didn’t), but most children will enjoy this cute and fun read about playing to your strengths. The flowing rhymes make this a nice read aloud and I loved the illustrations in this book.  I was so happy that my son requested it so many times since I always enjoy reading a story that celebrates the power of books. 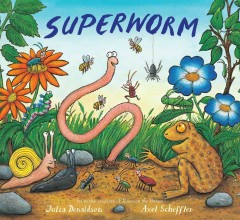 A fun rhyming story about an incredibly helpful worm. It has an amusing chant that young children enjoy repeating throughout the book. When I read this book out loud to my Pre-K class they were captivated by the evil Wizard Lizard and the bugs’ teamwork to save Superworm. I first read this to my son when he was three and he requested it again this year. It is a fun book that stands up to multiple readings both one-on-one and to a group.

I read a review of this book and thought it would be absolutely perfect for my son. He loves trains and robots…what could be better than a book about both? And I was right, he absolutely loved it. I, however, thought it was one of the strangest books I ever read. The story begins with robots loading a train with toy robots while all along the “badbots” are lying in wait to attack. When they try to take over the train, the good robots then somehow create a super robot that flies around the train to defeat the bad robots. The train then pulls into a town filled with children who then take the toy robots home. The storyline and the addition of the suffix “bot” to every other word did not work for me, but again this was one of those books that my son asked me to reread over and over again. At the end of the day, my not “getting” the book didn’t matter. I was happy to see how much joy my son got out of this ridiculous book. 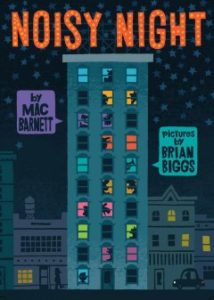 Mac Barnett is well known for his quirky stories and Brian Biggs is famous for his unique artistic style. The two pack quite a one-two punch together. The story begins with a boy in an apartment building who is awoken by a strange noise above him. The next page reveals a man singing opera who is interrupted by “ma ma ma” sounds overhead. The story continues with new and surprising people and noises on each floor. Each page gives a visual hint as to what is making the commotion and it is fun to guess who the next noisy neighbor will be. Bright colors, diverse characters, and silly sounds bring this story to life. I have to confess that I didn’t particularly love the story the first time I read it, but my son asked for repeated readings and the more I read it the more it grew on me. I also found that once I knew what or who was making the sounds, I got better at reading the story and it became even more enjoyable. 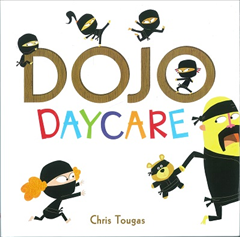 Clad in all black ninja attire, moms and dads stealthily drop off their children to play at Dojo Daycare for the day. The Master tries to calm the ninjas with the refrain, “It’s time for you to all reflect on honor, kindness, and respect.” The ninjas try to behave, but before long there is a “Kaboom! Kapok!” and a full-blown ninja riot has erupted. The Master gets noticeably more tired and defeated as the day wears on. Luckily one ninja stands up and rallies the others to work as a team to clean the dojo and comfort the teacher right in time for pick up. There are small visual gags throughout the illustrations that my son thinks are hilarious. For example, if one looks closely, they will notice a little green cloud of gas escaping from one stinky ninja during several of the spreads. My son obviously picked up on this right away and loved to point out the farting ninja each time we read the story. There are other funny visual elements such as a teddy bear that gets more mangled as the day goes on and the ninjas’ pets also wearing ninja gear. This is a really fun read whose rhyming text is brought to life with energetic, action packed illustrations. I just discovered there are two other books in the series and I can’t wait to give them a try with my son.

That wraps up our favorites for the month. I would love to hear what others are reading. What books has your child loved to read lately?

Do you remember your first friend from school? I f

Yesterday was my birthday and I’m thrilled to sh

On Wednesday, I shared my list of BACK-TO SCHOOL B

Oh, how I love this new book! With its effortless

School is going to look a little different this ye

One of my favorite things about being a librarian

Tomorrow is August 1st, which means that school is

No one is exactly sure what school is going to loo

The summer before children begin kindergarten is a

Oh, how my family loves a good funny book and, boy