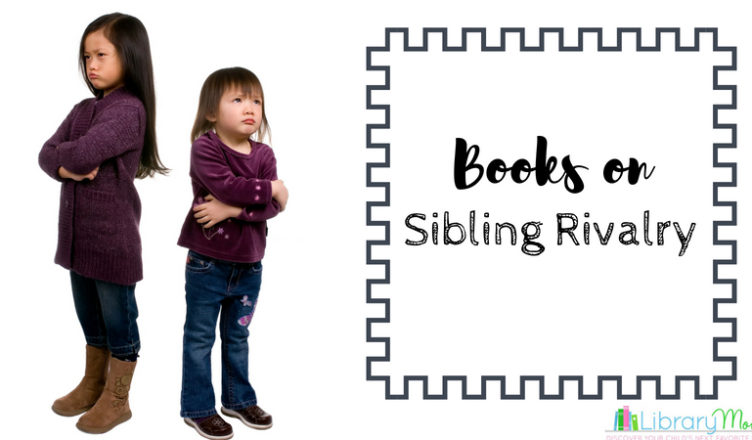 Now that summer is upon us, we have been spending a lot of quality time together as a family. Of course this is wonderful and magical… and often ends with my children arguing and tears. We have needed some serious bibliotherapy to renew my children’s sibling love for each other. Luckily we have found some incredible books that touch upon this subject. They are entertaining and have provided some great  talking points for our family. We hope you enjoy them as much as we have! 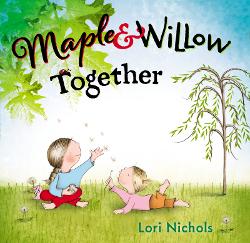 Maple and Willow Together by Lori Nichols, 2014

I absolutely love this beautifully illustrated and skillfully told story of sibling rivalry. Maple and Willow are sisters and best friends. The story follows them through their adventures until they have a disagreement that leads to some unkind words and actions, tears, and ultimately forgiveness. My son made me read this book again and again. He and his sister are very close and I think he liked the idea that even though Willow and Maple do everything together, they still might have the occasional disagreement that seems Earth shattering, but they are able to make up in the end.

The other books in the series are equally as sweet and charming. They are all family favorites. 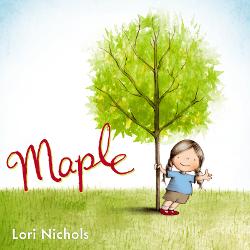 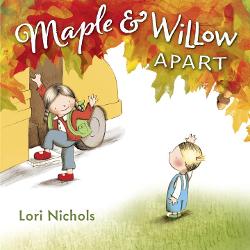 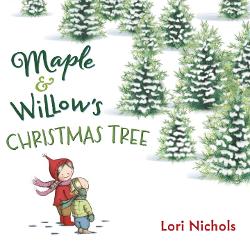 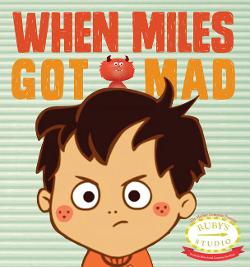 When Miles Got Mad by Samantha Kurtzman-Counter and Abbie Schiller, 2013

When Miles’ little brother accidentally breaks one of his favorite toys, he gets angry. His cheeks burn, his hands curl into fists, and he screams at his brother. After his little brother leaves the room crying, Miles catches a glimpse of himself in the mirror. He is no longer Miles, but a large red monster symbolizing what Miles feels like when he is mad. The Monster gives several suggestions to help him calm down. As Miles begins to talk about his anger, the monster becomes smaller and smaller and Miles feels better. He realizes that the broken toy was an accident and he invites his brother to help him fix it.

Arguing over a toy is a typical scenario that many children face. My son and daughter have been fighting over toys recently and they really related to this book. It became a bedtime favorite for both my almost three-year-old and five-year-old. The next time they argued, I reminded them to use their words. We practiced what to say to each other and it has really helped them get along much better.

This book is part of a series from The Mother Company aimed at helping children build social and emotional skills. I can’t wait to check out their other stories. 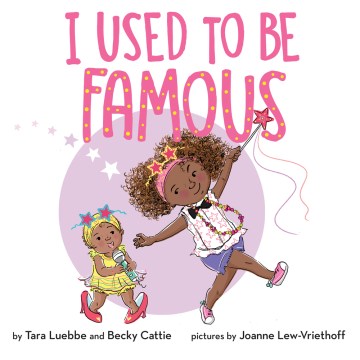 I Used To Be Famous by Tara Luebbe and Becky Cattie; illustrated by Joanne Lew-Vriethoff, 2019

I Used To Be Famous is such a clever and cute take on sibling rivalry stories. Playing on the idea of parents as paparazzi and personal chefs, a young girl named Kiely takes on the persona of a celebrity. Her fame seems fleeting,

however, when her adorable younger sister steals the spotlight. Luckily Kiely discovers she loves her new starring role as big sister and is excited to have a co-star. Buy It Here

Be sure to check out the first book starring the exuberant Kiely in I Am Famous (2018). 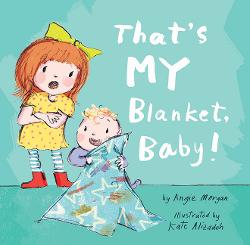 When Bella was born she was given a beautiful new baby blanket. As she grows, the blanket accompanies her everywhere she goes. Even though it becomes covered in paint and mud, it remains her most prized possession.  When her new baby brother becomes attached to her blanket, however, she is faced with a difficult decision. Instead of grabbing her blanket back, she includes her brother and his new baby blanket in her adventures creating art and splashing in mud. Soon the baby’s blanket is as dirty and smelly as hers allowing them to each have their own special blanket filled with memories.

Bella is a sweet sister who loves her brother. When faced with a dilemma, she finds a kind solution that makes them both happy. Bella and her brother demonstrate the fun that siblings can share together. My two-year-old daughter just loved this tender story and asked to read it again and again.

It is a good read for both the addition of a new baby and sibling rivalry. 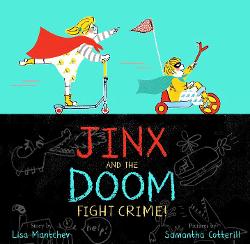 Jinx and the Doom Fight Crime by Lisa Mantchev; illustrated by Samantha Cotterill, 2018

Jinx and her little brother, the Doom used to fight each other. “But then they realized they could use their powers for good and not evil.” So now they sport their capes and masks and defend the innocent. They find that it is much more fun to be a team than adversaries.

This adorable book uses simple text and engaging illustrations to bring Jinx and her brother’s vivid imaginations to life. Shadows are transformed into monsters while mundane chores such as washing the dog morph into exciting missions. I especially love the incredible 3D illustrations that make this book look so unique. I just couldn’t get enough of the color palette, patterns, and exuberance present in each page. The perfect amount of humor is also thrown in to make this a terrific read aloud.

Many books on sibling rivalry focus on a conflict between siblings, but I like how this one is a nice reminder of just how much fun brothers and sisters can have when they work together. Both my almost three-year-old daughter and five-year-old son adore this book and love acting out their crime fighting scenarios together. 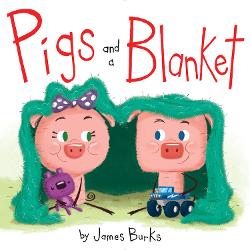 The book opens to two piglet siblings describing why they love their blanket. The reader soon discovers that they love the same blanket. They are happily sharing it until one accidentally yanks it away from the other causing an argument that ends with a ripped blanket. Each tries to play with their own piece of the blanket, but soon discovers that it is much more fun enjoying the prized possession together.

With the text restricted to the dialogue between the siblings, the illustrations have a chance to shine and really make children pause and read the pigs’ emotions during a few wordless spreads. This prompted a wonderful conversation with my two children. We discussed how the pigs were feeling during various scenes and what they could have done differently. Arguing over the same toy is a constant battle in our household (why do kids always seem to want the one their sibling has when they have 100 other ones to choose from?), so this book served as an excellent tool to demonstrate consequences and model alternative behaviors in a similar situation.

Two brothers who were once at peace with each other go to war over a broken cookie jar. The energetic brothers each wear household items to complete their imaginative image of “brobarians”. This book is a hilarious look at sibling rivalry. The over-the-top narration makes this book so much fun to read out loud, which worked out well for me since my son asked me to read it to him night after night. 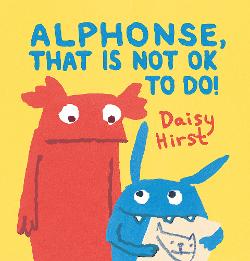 Alphonse That is Not OK To Do by Daisy Hirst, 2016

Natalie mostly enjoys spending time with her little brother, Alphonse, but there are some times when he can get on her nerves. When Natalie is having a particularly frustrating day, she finds Alphonse eating her favorite book. She yells at him and after drawing a picture to get out her frustration, she attempts to relax in a bubble bath. When she hears commotion outside the door, she fears something has happened to Alphonse. When she checks on him, she discovers the noise was him attempting to fix her book. In a sweet conclusion, they both apologize and celebrate their rekindled friendship by drawing pictures together.

Our family loves this sweet and quirky book. The relationship between Natalie and Alphonse rings true and gave us lots of opportunities for discussion.

Picture Books Adults and Toddlers Will Both Love!

Kevin the Unicorn: It’s Not All Rainbows

Our family LOVES learning about history through pi

Surgery is scary for anyone, especially children,

It’s HERE!!! WHAT ABOUT WORMS is the latest book

My children are terrified of bees, which really pu

Anyone else in need of a good laugh? This large-sc

✨GIVEAWAY AHEAD! ✨With themes of resilience, p

Anyone else compiling a TO READ LIST while waiting

There is so much anticipation leading up to the bi

The rain in New Jersey has finally stopped and it

It’s been a cold and rainy April in New Jersey,

Creating our garden is one of our favorite springt