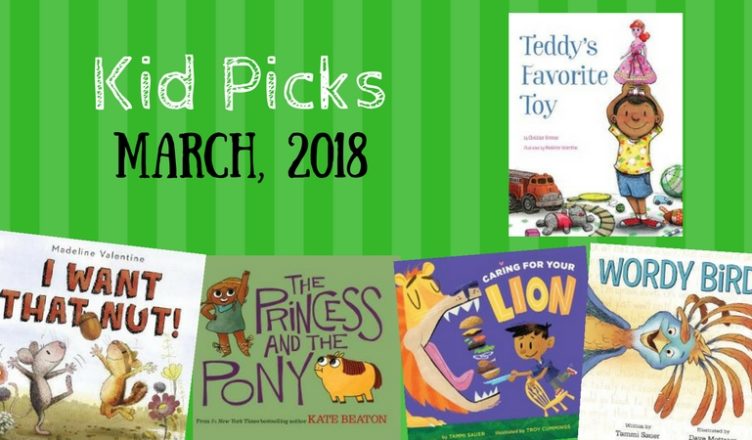 We were feeling pretty silly this March, so most of our favorite books that we are featuring are on the funny side starring a feuding pair of rodents, a verbose bird, a misplaced doll, a pet lion, and a gassy pony.  Enjoy! 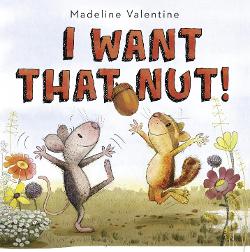 I Want That Nut! by Madeline Valentine, 2017

The comical illustrations matched with the droll text make this quirky offering a winner. Mouse and Chipmunk are happily playing together when a nut falls between them. At first, they politely offer it to the other, but when Chipmunk actually takes the nut, the battle is on. The two friends devise amusing ways of obtaining the nut from each other until its true owner is revealed. In a satisfactory ending, the two companions apologize and find another inanimate object to share.

My son and I both laughed at this hilarious story.  It is almost impossible not to smile at the funny illustrations featuring Chipmunk as the judge for the Most Beautiful Nut Contest. This book is silly, fun, and serves as a great conversation starter about friendship and sharing. 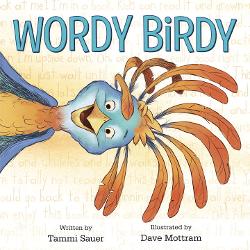 It was not surprising to me that my chatter box of a two-year-old felt an instant connection with Wordy Birdy. The verbose bird loves to babble on about her likes, dislikes, surroundings, and just about anything. Wordy Birdy talks so much in fact, that it is difficult for her to listen to others. This becomes a problem when she wanders into the yard of a bear and does not hear the warnings from the other woodland animals. Luckily, they are able to pull her to safety teaching her a valuable lesson that while it is fun to talk, it is also important to listen.

My daughter absolutely loved this book and asked for repeated readings daily. She particularly enjoyed the interactive element asking readers, “Does Wordy Birdy listen?” and the comical things Wordy Birdy would ramble on about. Wordy Birdy’s energy in infectious making this a fun read aloud or an amusing book to share one-on-one. 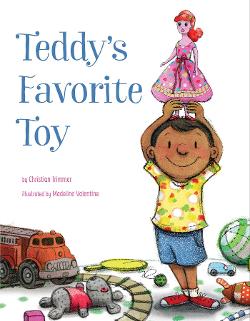 Although Teddy has many toys, his absolute favorite is his doll, Bren-Da, Warrior Queen of Pacifica. With her excellent manners and “flying crane spinning split kick”, this red headed royal is both polite and fierce! During a particularly dangerous battle, tragedy occurs as Bren-Da’s leg snaps off. Teddy frantically uses tape, gauze, and even his troll doll’s hair to attempt to fix it. He leaves her to heal on his bed while he goes to school. Noticing the mess in his room, Teddy’s mom tidies up accidentally throwing the beloved toy in the trash. Upon his return, Teddy is devastated to learn of Bren-Da’s disappearance. His quick-thinking mom, however, jumps to the rescue as she heroically tracks down the garbage truck carrying Teddy’s toy. Bren-Da and Teddy are reunited just in time for another epic bedtime battle.

Having an attachment to their own special toys, both my two-year-old daughter and five-year-old son loved this book. It not only defies gender norms, but it has humor, excitement and a happy ending. It was definitely one of our favorites of the month. 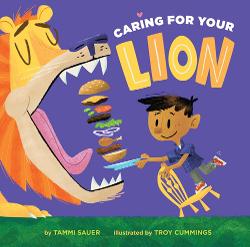 Caring for Your Lion by Tammi Sauer; illustrated by True Cummings, 2017

When a pet company has run out of kittens, a young brown-skinned boy need not worry. The company sends him a lion instead. All he has to do is follow the simple directions enclosed and he will soon realize a lion is the “purrrfect” pet.  Unfortunately, the lion has not read the owner’s manual and prefers to do things his own way making this a hilarious “how to” book.

My son absolutely loved this amusing book and wanted to read it again and again. The illustrations are filled with comical details and perfectly match the clever wit of the instructions. Many schools do “how to” units and this would be an excellent book to kick off the project. 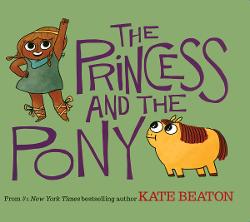 The Princess and the Pony by Kate Beaton, 2015

Princess Pinecone is not your typical princess. She lives in a land filled with warriors and her deepest desire is to be the fiercest warrior of all. Each year for her birthday she hopes for a shield, helmet, or amulet to help her in her endeavor, but receives a lot of cozy sweaters instead. This birthday, Princess Pinecone wishes for a horse made for a champion. Unfortunately, her parents give her a plump cross-eyed pony that farts too much. During a battle amongst the warriors, Princess Pinecone is charged by Otto the Awful, the most fearsome fighter of all, but in a surprise ending her pony proves to be more helpful than Pinecone originally believes.

Filled with Kate Beaton’s quirky sense of humor and comical illustrations it is almost impossible not to laugh out loud while reading this book. It is definitely not your usual princess book and will be enjoyed by both girls and boys. My five-year-old son loves this book and begged to read it night after night. 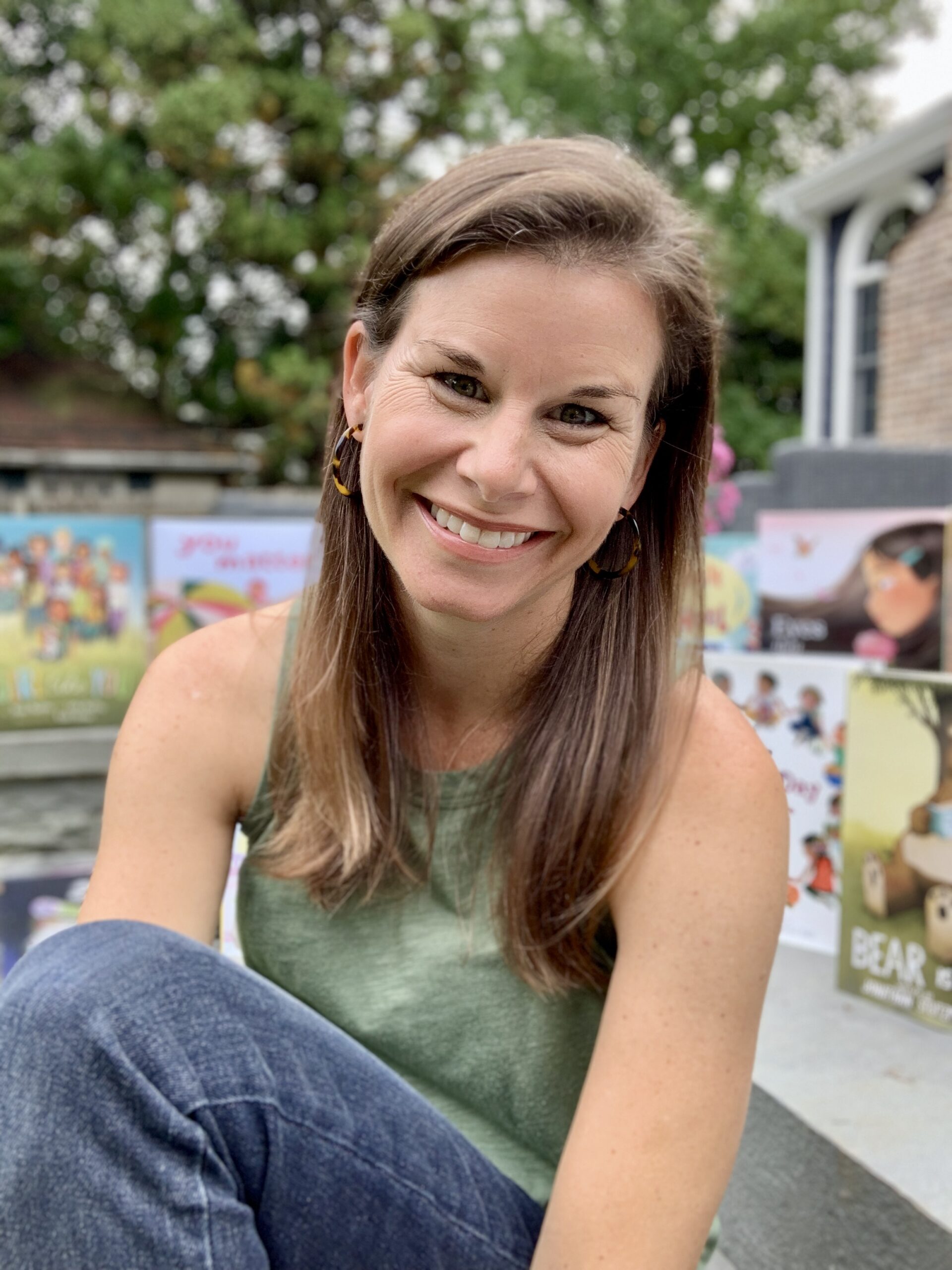