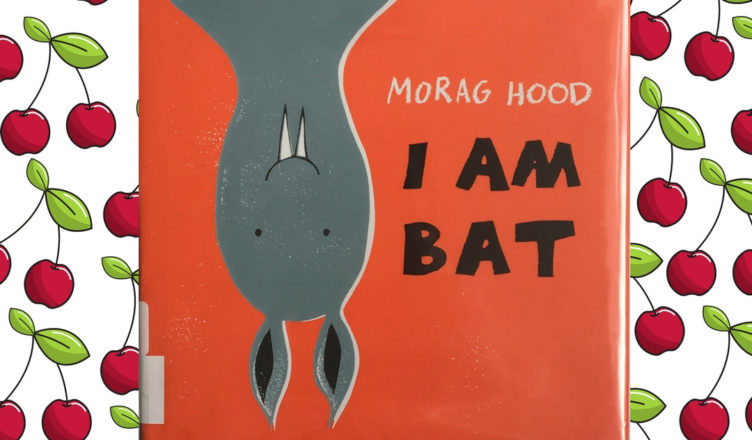 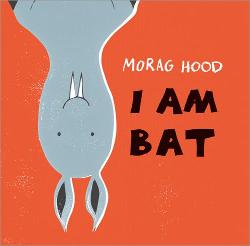 A possessive fruit bat informs readers of his love for his favorite snack, cherries. He loves them so much, in fact, that he is not willing to share. He warns readers not to touch his cherries or he will become very angry. Suddenly, a little paw peeks out from the top of the page and nabs one of the cherries. When Bat notices they are missing, he addresses the reader, “Who stole my cherries? Was it you?” In the background, children will notice even more animal friends slyly removing the cherries. A distraught Bat slumps down declaring, “I will never be happy again.” Overhead, his friends peek in and deliver a pear. In a satisfying ending, bat becomes elated by his new snack, but now warns readers not to touch his pear.

I have to admit that I thought this book was just okay the first time we read it, but both my two-year-old daughter and five-year-old son asked for repeated readings day after day, so there is clearly kid appeal. They found Bat to be hilarious and loved interacting with the book when Bat addresses the reader. The seemingly simple illustrations perfectly capture Bat’s range of emotions and the bright background colors are playful and engaging. Not only is this book quirky and funny, it could also prompt a conversation about sharing and trying new foods.

Our family LOVES learning about history through pi

Surgery is scary for anyone, especially children,

It’s HERE!!! WHAT ABOUT WORMS is the latest book

My children are terrified of bees, which really pu

Anyone else in need of a good laugh? This large-sc

✨GIVEAWAY AHEAD! ✨With themes of resilience, p

Anyone else compiling a TO READ LIST while waiting

There is so much anticipation leading up to the bi

The rain in New Jersey has finally stopped and it

It’s been a cold and rainy April in New Jersey,

Creating our garden is one of our favorite springt